Street: 928 Allagash Rd 04774
City/State: Allagash, ME
Phone: (207) 398-3418
Email: allaguide@gmail.com
Website: Allagash Guide Service
Allagash Guide Service has been a complete year-round outfitter for outdoor activities in Northern Maine for over 30 years. From being able to provide all of your paddling needs for both the Allagash and St. John rivers to all providing fall hunting in zones one and two for black bear, deer, grouse and moose, along with coyote and antler hunts in the winter. Come stay in one of our cabins and explore year-round, we even have ITS trail access in the winter! The beautiful country we live in that borders the 3.5-million-acre industrial forest lands known as North Maine Woods has always been a vacation destination that you need to experience at least once in your life. We take great pride in working hard for our customers, and by planning a trip with us, you can count on not only an A+ service, but some awesome memories to last a lifetime! Look us up on Facebook for photos and to stay updated on us! 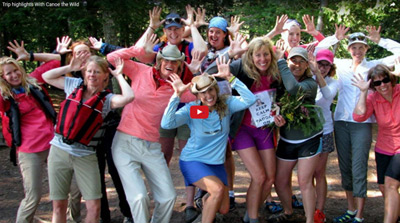 Located in Allagash Village at the confluence of the St. John and Allagash Rivers, we are a full service outfitter in business for over 30 years.

The Chewonki Foundation owns Big Eddy Campground located on the West Branch of the Penobscot River in T3R11.  Situated just outside Baxter State Park, Big Eddy is considered a world-class site for Landlocked Salmon and has been a destination for fishermen for at least 100 years. The road to Big Eddy is equally stirring. Just beyond Millinocket, the grand Katahdin Range looms on the horizon, and the summits of Doubletop, The Owl, the Brothers, and Mt. O-J-I are all visible on a clear day. It is still possible to see more Moose than cars on an early-morning drive on the Golden Road. Then there’s the river itself, a dark constant cutting through the region’s geology and culture.

Big Eddy remains one of those rare places that seem unchanged by time. Join us for an experience in one of the most spectacular places in New England!

Hosted & Maintained By WEBXCentrics Design Group
Back to Top